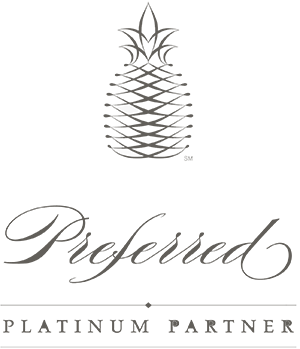 Learn more about our enhanced protocols to protect your health and safety.

Thodoris Kyriadakis was born in Aridaia, a small town north of Thessaloniki where he trained as a chef at the Electra Palace Hotel. His inspiration for becoming a chef derived from a passion for creativity and a respect for the raw ingredients of nature. He took his training international with the Michelin-starred restaurant ‘One Lombard Street’ in London, followed by the ultra-exclusive VIP club 5 Hertford Street. Thodoris joined the Myconian Collection family in 2013 and has developed his signature modernist style which hinges on the excellence of predominantly local ingredients, among which root vegetables are his favourite.

‘​I believe that simplicity is not simple,’ he asserts. ‘​I wish to give our guests the ability to recognize all the flavours ​that went into a dish ​without having to read the menu, just from one small bite. I like to offset simplicity and luxury, such as a feta-filled tomato fritter with tomatoes that have been dried in the sun for hours and then filled with feta cheese, oregano and summer savory.’ Another tour-de-force is the bite-sized medley of island-grown beets, parsnip, wild radish and carrots served in different textures seasoned with celery salt.

Given these unusual starters, it’s tempting to wonder about his signature dishes. ‘The lamb fricassé with celeriac purée, lettuce leaves, spring onions, lemon sauce and dill’, responds Thodoris. ‘If you are a fish lover, the poached ​Cod Agioritikos with potato gnocchi, shallot confit and onion broth, or the red mullet with eggplant tortellini, pickled raisins, bottarga and savoro sauce. And to hit a sweet high note, try the ganache montée with strawberries, lemongrass and almonds.’ His goal is to tantalise the palate and make guests eager to return and relish the flavours they experienced – and then to surprise them anew.

We use cookies on our website to give you the most relevant experience by remembering your preferences and repeat visits. By clicking “Accept”, you consent to the use of ALL the cookies.Read our policy
Cookie settingsACCEPT
Manage consent

This website uses cookies to improve your experience while you navigate through the website. Out of these, the cookies that are categorized as necessary are stored on your browser as they are essential for the working of basic functionalities of the website. We also use third-party cookies that help us analyze and understand how you use this website. These cookies will be stored in your browser only with your consent. You also have the option to opt-out of these cookies. But opting out of some of these cookies may affect your browsing experience.
Necessary Always Enabled
Necessary cookies are absolutely essential for the website to function properly. This category only includes cookies that ensures basic functionalities and security features of the website. These cookies do not store any personal information.
Non-necessary
Any cookies that may not be particularly necessary for the website to function and is used specifically to collect user personal data via analytics, ads, other embedded contents are termed as non-necessary cookies. It is mandatory to procure user consent prior to running these cookies on your website.
SAVE & ACCEPT